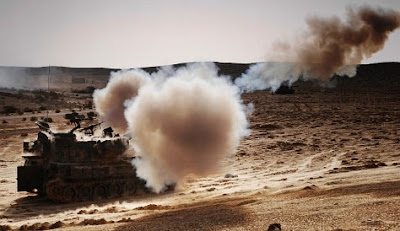 Stuff, 28 February, 2012
Israeli officials say they won't warn the US if they decide to launch a pre-emptive strike against Iranian nuclear facilities, setting a tense tone ahead of high-level meetings in the coming days in Washington.
A US intelligence official says Israel has warned that it will keep the Americans in the dark, to decrease the likelihood that Americans would be held responsible for failing to stop Israel's potential attack.
Israel's prime minister and defence minister delivered the message to top-level US visitors to Israel in recent weeks, including the chairman of the Joint Chiefs of Staff, the White House national security adviser and the director of national intelligence.
The official spoke on condition of anonymity to discuss sensitive strategic talks. The White House
Posted by seemorerocks at 16:24